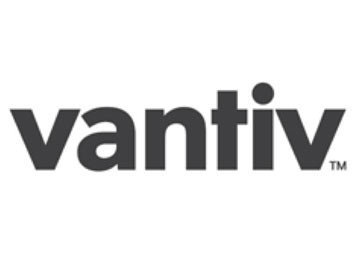 DIVIDING A HYPERION PLANNING APPLICATION, EXPANDING THE HYPERION FOOTPRINT TO FORECAST ON THE BUSINESS' CUSTOMER CATEGORIES

Vantiv LLC (formerly Fifth Third Processing Solutions) is an Ohio-based payment processing and technology provider. Vantiv acts as a merchant acquirer-a third party payment processor operating between merchants (and their banks) and customers (and their banks). One of the largest merchant acquirers, it also handles PIN transactions, fraud detection and management, and credit card issuing. Catering to a variety of customers, from small and mid-sized to global merchants, Vantiv sells services specific to grocers, pharmacies, retailers, restaurants, and others. The company processes billions of payment transactions, accounting for over $700 billion in volume annually. Vantiv went public in 2012.

Vantiv's corporate Finance group wanted to be able to forecast at a more granular level: to plan for transactions by customer types, and, in some instances, by their largest clients. This would allow them to have greater insights into the activities of each customer type, and gain greater understanding of their largest merchants. The corporate team developed a plan to divide their original Oracle Hyperion planning application into several new applications, and sought to improve errorprone Excel proceses.

Over time, the scope of the project began to expand as more detailed forecasts were demanded. Also, during the course of this business initiative, it was imperative that the Hyperion environment remain stable throughout various migrations and upgrades.

MindStream was engaged to provide advice and consulting services as they embarked upon expanding the current Planning environment, and dividing it to reflect their various Merchant Lines of Business ("Merchant LOB"). It began with four applications, subdivided into various components, and grew over time. In addition, MindStream helped the company begin to use driver-based bugeting processes. Consultants also developed a plan to replace manual processes, formerly done via Excel.

MindStream created a separate Planning application for each of their LOBs. Each application fed into a single Essbase Aggregate Storage Option (ASO) cube for reporting and consolidating the applications into a single view. Using the existing Merchant bank application as an anchor and basis for the new Planning applications, logic was built to accommodate annual Plan, in addition to the newly developed Forecast logic. In accordance with the build of the new applications, automation was built into new processes. MindStream also assisted in the development, or enhancement of, business rules, data forms, work flows, task lists, and the overall financial reporting processes. For example, with our expertise, we were abe to advise on additional dimensions to improve reporting flexibility.

As time wore on, the enterprise grew, and business' requirements began to change, but, with MindStream's expertise and adaptability, Vantiv continued to benefit from our ability to move alongside the project. Experts were able to guide the client team through enhancements and process improvements, such as overnight disaster recovery process improvements. Throughout various changes, MindStream supported each change, providing automation enhancements and migration support that ultimately maintained stable environment performance.

Vantiv relied upon MindStream to embark on a large scale, transformative project for the fast-growing, large public company. Vantiv was able to smoothly transition from a single Hyperion application to a multitude of applications, while maintaining annual forecast and plan, but increasing reporting capabilities. Error-prone Excel processes were replaced with automation rules and tools. With MindStream as their partner, they were able to expertly complete new application builds, develop optimization tools, and maintain a stable Oracle Hyperion environment for their Finance applications, even when design and build requirements changed. With reporting flexibility, Vantiv is now able to forecast and budget toward a richer, more granular level for their unique marketplace of merchants and customers.

Want to know more about how we helped Vantiv? Fill the form below and we'll get back to you shortly

We chose MindStream because they had a strong emphasis on proactive support and monitoring inside the Hyperion applications, and will include maintenance of our existing Hyperion application artifacts. We chose a vendor who proposed both managed services and hosting, and demonstrated a productive working relationship with their hosting partner.