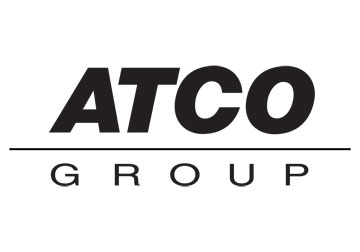 Prior to Hyperion Implementation:

The ATCO Group had been using Hyperion Financial Management (HFM) to manage its Financial Consolidation and Reporting Process since the mid-2000s. Up until 2011, the ATCO environment was run on the Hyperion System 9 platform. This environment contained multiple HFM applications to support reporting requirements of various ATCO subsidiaries as well as Corporate Reporting. Due to significant performance latency, their ability to close their monthly financials in a timely manner was jeopardized. Soon, it was discovered the larger challenge was how to handle an enterprise upgrade when Oracle moved to the next generation of Hyperion.

MindStream performed a full infrastructure assessment to determine if additional steps could be taken to improve the overall performance. The engagement began by initially providing optimization recommendations, but ultimately resulted in continued development of an Oracle Hyperion Center of Excellence.

Initial infrastructure improvement recommendations operated to stabilize the environment and, subsequently, the performance for year-end reporting. The applications were also initially reviewed to determine application optimizations. Although the environment was stabilized by network configuration updates and additional server capacity, this solution scratched the surface of a larger issue: support for the current software version was being terminated by Oracle, and a plan of action was required. As a result, the recommendations detailed a dual-phased approach:

1. Upgrade the environment to the latest generation for the Hyperion Product Suite (then, System 11). 2. Perform a detailed review of the HFM applications and ATCO Financial Close and Reporting process to determine how to streamline the applications (and potentially consolidate them), as well as make recommendations to facilitate the system reporting into IFRS and away from Canadian GAAP, which from an Accounting standard had already been converted over the previous course of years.

The Upgrade to System 11.1.2.1 was completed in 2012. ATCO added Hyperion centric monitoring tools (i.e., Accelatis), to significantly improve environment stability, become compliant with current Oracle support, and stabilize the Disaster Recovery process to ensure full availability of the Hyperion environment. Then, MindStream completed a full optimization of ATCO's Financial Reporting platform as a next step in completing a developing Hyperion Center of Excellence.

MindStream not only handled the upgrades, but ultimately helped ATCO develop a comprehensive strategic financial reporting transformation. The organization and its key stakeholders seized the opportunity to create best practices across the organization for their Hyperion applications.

Want to know more about how we helped ATCO Group? Fill out the form below and we'll get back to you shortly.

We needed something we could manage within our own financial group instead of relying solely on IT. OneStream XF gives us complete autonomy as well as transparency, visibility and drill back capabilities into transactional data. With OneStream XF MarketPlace and MindStream's help, we now have a tailored solution to accurately budget and plan for the business and accurately report our financials."