The consolidations group needs to look at entity at a legal entity level for statutory, tax and audit reports. Whereas, the finance group would want to see more detail such as the stores or units that make up the legal entity, and to be able to run a full detailed P&L by store.

The Houston finance group can load the data broken out by Houston Heights and South Houston. The consolidation group can report at the legal entity level. Both groups are able to load and report on the level of detail required.

We can have multiple extended dimensions within the Entity Dimension. Below we can see Atlanta, Austin, Houston, New York, Ottawa are all listed in the Cube References tab. 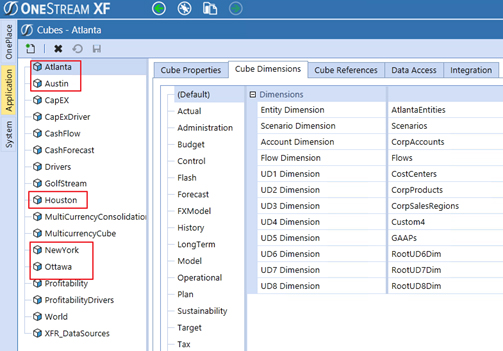 *Note the cube with the extended entity dimensions cannot be set as Top-Level cube is it is to be added to the cube references.

The consolidations group needs to look at the chart of accounts at a detailed level. They need to see every base level account that makes up the balance sheet and profit and loss statement. The finance group has a different requirement. They would like to see high-level balance sheet accounts and all the profit and loss account with more detail in the expense section. Using extensibility allows us to do both.

Account Dimension member CorpAccounts gathers data at the five-digit account level 60000 from most of its entities. Houston can provide more granular detail by sub account 2000_100, 2000_200, 2000_300 and 2000_400. This detail is only available and relevant to the Houston entities and accounts.

Cube dimensions can be changed by scenario. In the example below, we see that account dimension in New York is different in the default scenario than in the budget scenario. 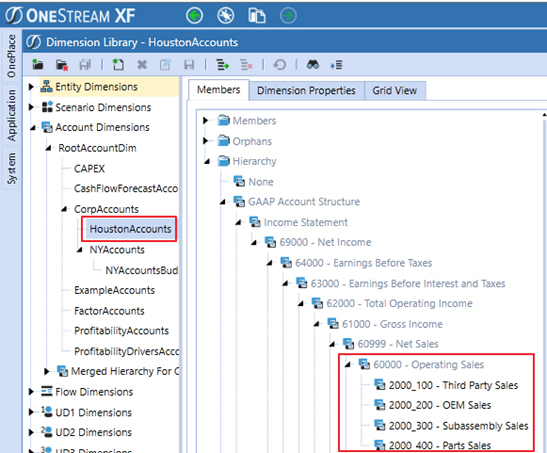 The concept to add extensibility is the same as accounts. Each entity can load detailed product data. Below we can see under the UD2 Dimension we have the Corp Products dimension with children of AustinProducts, HoustonProducts, and OttawaProducts. 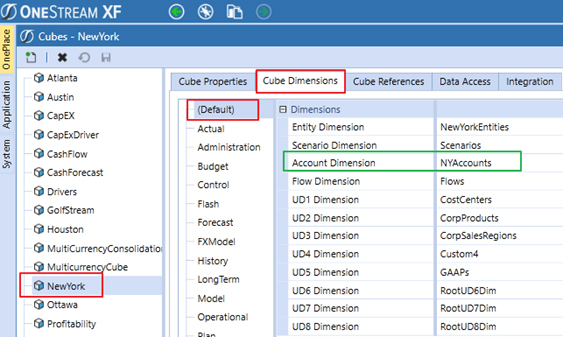 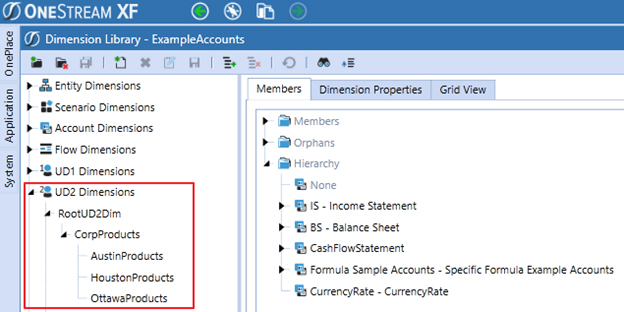 Houston can load detailed product data for drivers. Ottawa and Austin can also load their detailed data to the product dimension.

Want to learn more about Extensible Dimensions and OneStream Software? The consultants at MindStream Analytics are here to help you take your consolidations and reporting to the next level.

Want to learn more about Extensible Dimensions and OneStream Software? The consultants at MindStream Analytics are here to help you take your consolidations and reporting to the next level.

OneStream aligns to your business needs and changes more quickly and easily than any other product by offering one platform and one model for all financial CPM solutions. OneStream employs Guided Workflows, validations and flexible mapping to deliver data quality confidence for all collections and analysis while reducing risk throughout the entire auditable financial process.